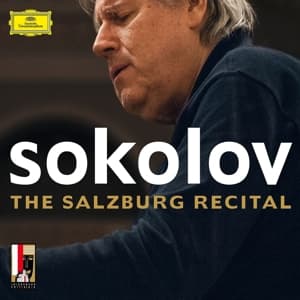 At last - after 20 years - the maestro has agreed to allow his recordings to be released on CD - now as an exclusive DG artist. Regarded as one of the world’s leading pianists, and adored by his public in sold-out concerts, Grigory Sokolov is the real thing – an artist dedicated to his art, and nothing else.


Russian pianist Grigory Sokolov is perhaps something of an enigmatic, reclusive figure, both on the concert platform and even more so on disc. Although he was awarded first prize at the 1966 International Tchaikovsky Competition at the age of 16, he was relatively little-known outside Russia until the late 1980s.

While of course all artists have their lists of requests and requirements, Sokolov is known for being particularly demanding in this area. For instance, he will not enter the recording studio, instead allowing only live, entirely unedited and unpatched recordings of his concerts to appear on disc. Furthermore, he is extremely fastidious in his rehearsal and performance conditions: he will not perform concertos, as rehearsal time with orchestras is too limited, he refuses to play on a piano that is more than five years old, and insists on almost double the rehearsal time that most pianists are granted, working at great length with his technicians (who are apparently not allowed to touch his piano stool!)

While one might be tempted to view these conditions as somewhat excessive, when you hear his performances, it's almost impossible to disagree with the results. Last year Sokolov signed a contract with Deutsche Grammophon, allowing them to release his recordings on disc, and the first fruit of that agreement has appeared today, with a recital from the Salzburg Festival, given on 30th July 2008.

The recital comprised two Mozart Piano Sonatas, both in F major (K280 and K332), as well as the 24 Preludes, op. 28 by Chopin. For me, the Mozart sonatas exemplify the essence of Sokolov's playing: he can do things with a melody that are just amazing. The way he phrases Mozart's slow movements is a joy to hear: thoughtful and individual without being fussy, he makes those melodies sing in a way that is incomparable.

This gift for lyricism is equally present in the Chopin: the F sharp major prelude is the epitome of beauty; it's so extraordinarily played, and as dazzled as I was elsewhere in the set by Sokolov's stupefyingly fast passagework and clarity of touch even in the most blisteringly rapid pieces, it was this one out of the twenty-four that I kept coming back to.

Similarly, in the famous D flat major prelude (commonly known as the Raindrop), although I must have heard this piece countless times, Sokolov managed to make it sound so fresh. His tempo here is relatively slow (clocking in at just over seven minutes), but at no stage did I tire of it or think “Oh yes, this one again”: the way he shapes every phrase and draws new colours from the piano in almost every bar is really astonishing. Even the shortest of the pieces, such as the sixteen-bar A major prelude, are sculpted into complete statements with something to say, rather than being despatched as mere throwaway items within the set.

Also included on the disc is Sokolov's generous selection of encores (six in all), ranging from Bach to Scriabin by way of Rameau and two Chopin mazurkas. Sokolov ends with the Bach (Ich ruf zu dir, Herr Jesu Christ BWV 639), and after all of the fireworks from the Chopin, it's an inspired, serene way to end his recital, again demonstrating perfectly his extraordinary facility with a melody. There must be many more recordings in Sokolov's archive waiting to be released, and on the strength of this first offering I simply cannot wait to hear more from this stunning artist.