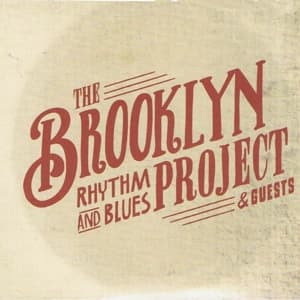 
Releasedatum: 3-03-2015
Herkomst: NL
Item-nr: 3378622
EAN: 8712347712516
CD (2)
€ 14,99
In winkelwagen
The Brooklyn Rhythm & Blues Project, it has an American ring to it.
Brooklyn, NY? No…
Brooklyn, MI? Not even close…
It’s all about Breukelen, the Netherlands, the village where American cities are named after. It also is the place where this project found its origin out of the love for music, and for rhythm & blues in particular. It turned out to be a melting pot of musicians, lovers and professionals but above all… purists. The plenty of songs that the past decades have produced in this genre inspired to this album, coming down to a final selection of 16 tracks.

The result lying in front of you wouldn’t have been possible if it wasn’t for the good collaboration between Paddy van Rijswijk, Mark Stoop, Eric van de Bovenkamp, Jan Kanis, Rob Mostert, Patrick Drabe, Dirk Stam and Lex Amrein. We thank our guest performers Big Pete (Pieter van der Pluijm), Simone Roerade, Bruce James, Roger Happel, Bruce James, Bella Black, and everyone else who in some way contributed to this album. A very special thanks goes out to Lex Amrein, for bringing this people together and to Patrick Drabe, who contributed to this album more than anyone: from arrangements, guitar playing and production to audio/video editing and audio pre-mixes.

All songs were recorded live at AA Studio Breukelen in the period October 2013 until May 2014. Overdubs, backing vocals and horns were added afterwards. Please visit our website www.aastudiobreukelen.nl, which features a lot of live studio-recordings.