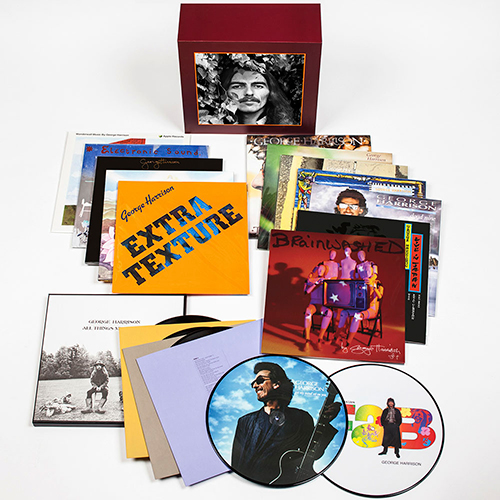 The vinyl box set includes all twelve of George’s studio albums with exact replicas of the original release track listing and artwork. Also included in the box set are George’s classic live album Live In Japan (2LP), and two 12” single picture discs of ‘When We Was Fab’ and ‘Got My Mind Set On You’. All the discs are 180-gram heavyweight vinyl and are housed in a high-quality two-piece rigid slipcase box. The original analogue master tapes were used for the new re-masters and were cut at the legendary Capitol studios to ensure exceptional audio quality throughout. The individual albums from the collection will also be available separately, with All Things Must Pass as a limited edition title.