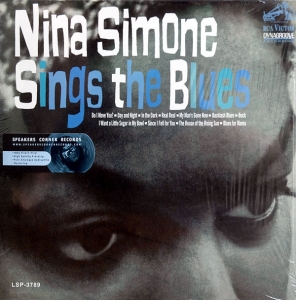 Audiophile re-release with original cover artwork.
Song information :
“My Man’s Gone Now”, from the opera Porgy & Bess by George Gershwin.
“Backlash Blues”, one of Nina’s civil rights songs. The lyrics were written by her friend and poet Langston Hughes.
“I Want a Little Sugar in My Bowl”, based on a song by Nina’s great example, Bessie Smith, but with somewhat different lyrics.
“The House of the Rising Sun”, previously recorded by Simone in 1962 on Nina At The Village Gate. After its cover by The Animals became a hit she re-recorded it. The fast-paced version on this album is completely different from the slow, intimate version Nina did earlier on Nina at the Village Gate (1962).