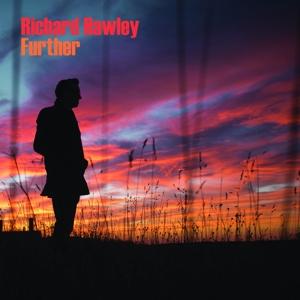 Releasedatum: 31-05-2019
Herkomst: NL
Item-nr: 3957955
EAN: 4050538478624
Op voorraad Op werkdagen voor 16:00 besteld, morgen in huis.
CD (1)
€ 17,99
In winkelwagen
2019 is set to be a landmark year for songwriter Richard Hawley. Not only is he due to release his eighth studio album, Further, but a musical based on a collection of his songs opens in his hometown of Sheffield. Then, there’s also the small matter of the man celebrating his twentieth anniversary as a solo artist.
Further marks a departure for Hawley who has, to date, named all his albums after Sheffield icons or landmarks. Instead, for his new album he wanted something that would capture the intention of moving forwards, but without jettisoning his past.
Optimism lies at the heart of Further, an album that was made largely in Sheffield with Hawley and his crack band, aided by co-producers Colin Elliot and Shez Sheridan.
“I really wanted to challenge myself to try to keep things relatively up-tempo and keep the songs to about three minutes long,” Hawley says openly, “I was asking myself ‘Can you get your message across like a bullet? Can you still do that?’ It’s quite a tough question to ask.”
Hawley’s challenge to himself means that Further is quite possibly his most forthright album to date, clocking in at under 40 minutes. The opening track and first single, the thunderous, Rickenbacker thrasher Off My Mind, sets the album’s direct tone. Hawley describes his approach on the track as “playing like tomorrow never happens.”