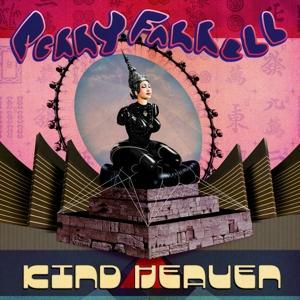 Releasedatum: 7-06-2019
Herkomst: NL
Item-nr: 3969138
EAN: 4050538479515
Levertijd: 3 a 5 werkdagen
CD (1)
€ 17,99
In winkelwagen
Born of his insatiable desire to innovate and entertain live music fans, Jane's Addiction frontman and Lollapalooza founder Perry Farrell will release a superb and strikingly eclectic nine-song collection entitled Kind Heaven this June through a newly forged partnership with BMG.
From the Jane's Addiction-esque fervor of the 21st-century protest song, Pirate Punk Politician and the theatrical Snakes Have Many Hips, a song that could be performed on Broadway, to the decidedly electro pop of One and the rising tension of the dramatic, world music-flavored More Than I Could Bear, Kind Heaven is an amalgam of decades of musical fusion, all tied together by the voice of Farrell; one of the most recognizable and distinct frontmen of the last 30 years.
He cites Pirate Punk Politician as the first example. “I'm looking forward to conservatives and liberals alike digging the song, he says excitedly".