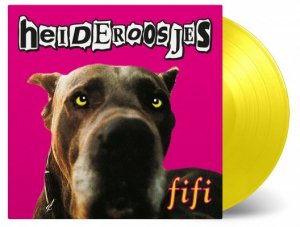 The third album by the legendary Dutch band Heideroosjes is their most popular release. Fifi charted in the Dutch hit list and eventually became the most successful Dutch punk record ever.