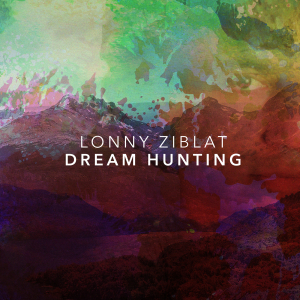 Releasedatum: Onbekend
Herkomst: NL
Item-nr: 3993600
EAN: 7445927247207
Op voorraad Op werkdagen voor 16:00 besteld, morgen in huis.
CD (1)
€ 14,99
In winkelwagen
Lionel "Lonny" Ziblat is a composer in the full sense of the word. He writes chamber and orchestral music as well as ‘plain’ songs. Lonny presented his first solo album – ‘Songs From The Drawer’ in 2011 after debuting a revolutionary Progressive Rock album in 2010 with his masterminded – then – virtual band Modest Midget. 'The Great Prophecy of a Small Man' started as a one-man initiative and ended up becoming a group of four musicians that brought the complex music to life.
The debut album was unanimously embraced by Prog Rock critics worldwide, chosen by many as the best Prog album of the year. It was an attempt to take the genre a step back in order to try to evolve it towards a new direction as Lonny felt it has long lost its original spark. The album was also crowned by many Prog critics as the best Progressive Rock debut of the year.
Modest Midget was perhaps best described by Dutch Music Maker magazine man Arno Hagemans as ‘the missing link between the Beatles & Frank Zappa’. It is no surprise then that Ziblat’s work with the band was also warmly endorsed by artists such as Jan Akkerman (‘Focus’), Ed Mann (12 years percussionist of Frank Zappa) & Gil Dor (guitarist of famous Israeli singer Noa). Lonny’s first solo album was chosen by Dutch Revolver magazine (Lust For Life) as one of the best albums of 2011.
For his new solo album Lonny shot two music videos in the Argentinean Patagonia. Another Day was premiered during the international Mumbai film festival and was honored with an excellence award. Stuck has received substantial exposure on facebook. A new animation video is currently being produced for the song Barby Q.
Ziblat regularly composes music for film & TV and his work can be heard in the background of anything from documentaries to fiction films. He has arranged and produced music for many international artists among which Dutch singer Wouter Hamel – a massively successful artist in Japan, the Netherlands & South Korea, Latin Grammy nominee Omar Mollo and Gardel (Argentinean Grammy) winner Mavi Diaz.