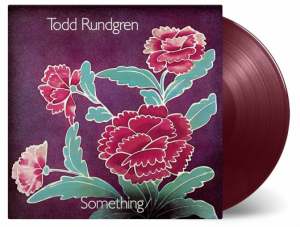 Music On Vinyl presents Todd Rundgren the The A Wizard, A True Star series. The third album by the American musician is one of his all time highlights. Something / Anything? showcased how he managed to play all instruments on three sides of the record and produces the whole record as well. The album peaked at number 29 on the Billboard 200 and the single "Hello It's Me" was a top-five hit in the US. What he created is a journey through time, with each side exploring other musical ideas. The first side is filled with catchy pop melodies, while side two is a more complex approach. During the third part it gets kind of heavy, and the last part is an operetta with a full band. The feature-length masterpiece remains the definitive showcase of all the talents he was born with.

Todd Rundgren is an American multi-instrumentalist, singer-songwriter, and record producer who has performed a diverse range of styles as a solo artist and as a member of the band Utopia. He is known for his stage outfits, experimental music and adopting computer technologies to describe his musical ideas.

Something / Anything? is available as a limited edition of 1000 individually numbered copies on coloured (purple & solid Red mixed) vinyl.