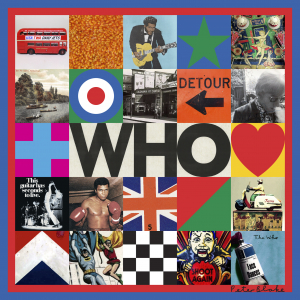 Releasedatum: 6-12-2019
Herkomst: NL
Item-nr: 4041704
EAN: 0602577430367
Op voorraad Op werkdagen voor 16:00 besteld, morgen in huis.
CD (1)
€ 14,99
In winkelwagen
Rock legends The Who will release ‘WHO’ their first studio album in thirteen years, this November. The eleven-track album features the talents of long established Who musical stalwarts Zak Starkey (drums) and Pino Palladino (bass) along with Simon Townshend, Benmont Tench, Carla Azar, Joey Waronker and Gordon Giltrap. The record was co-produced by Pete Townshend & D. Sardy with ‘vocal production’ by Dave Eringa (best known perhaps for his work with Manic Street Preachers). “This album is almost all new songs written last year, with just two exceptions. There is no theme, no concept, no story, just a set of songs that I (and my brother Simon) wrote to give Roger Daltrey some inspiration, challenges and scope for his newly revived singing voice. Roger and I are both old men now, by any measure, so I’ve tried to stay away from romance, but also from nostalgia if I can. I didn’t want to make anyone feel uncomfortable. Memories are OK, and some of the songs refer to the explosive state of things today. I made new home studio demos of all these songs in the summer of 2018 using a wide collection of instruments old and new. We started recording as The Who in March 2019, and have finished now in late August just in time to make some vinyl………maybe even some cassettes…… ready for release in November”