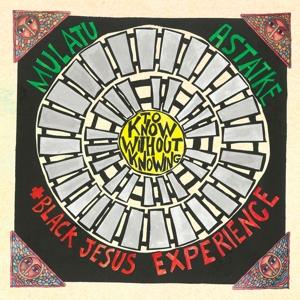 TO KNOW WITHOUT KNOWING

Since pioneering the “Ethio-jazz” sound in the late 60’s, Mulatu’s ascent in to the musical stratosphere is unparalleled. Born in Jimma, Western Ethiopia, Astatke moved to Wales to study engineering, before diverting his attention to music, moving to the US, and becoming the first student from Africa at Boston’s Berklee College of Music. Blending traditional Ethiopian scales with jazz arrangements, and Latin rhythms, Astatke pioneered the “Ethio-jazz” sound, which rose to prominence in the late 90s after the renowned Éthiopiques series, alongside the reissue of Astatke’s masterwork, Mulatu of Ethiopia. Having been sampled by the likes of Nas/Damian Marley, Four Tet and Quantic, as well as contributing a number of original compositions to the OST for cult director, Jim Jarmusch’s 2005 film Broken Flowers, Astatke’s influence on the wider music community and his unrelenting mission to bring the music/culture of Ethiopia to the world continues to this very day.

Having met Astatke at his nephew’s jazz club in Addis Ababa in 2009, BJX are one of the finest contemporary purveyors of Ethio-Jazz today. Bringing together artists from across Melbourne’s thriving scene and with members of Moroccan, Zimbabwean, Maori and Ethiopian heritage. Lead saxophonist and co-founder Peter Harper’s first introduction to Ethiopian music came from his father, a music teacher for the Ethiopian Navy band in the sixties, however it was upon meeting singer and future frontwoman of BJX, Enushu Taye that his love of the country’s vibrant music history really came to the fore.

Hailing from Ethiopia, Enushu began singing for her local community from a very young age. In 1992 Taye was forced to take refuge in Cairo and years later migrated to Australia, bringing her captivating voice and remarkable life story to Melbourne, and later forming the foundation of Black Jesus Experience with Harper, Ian Dixon (trumpet/flugelhorn), Pianist, Bob Sedergreen, and the “lyrical miracle”, Zimbabwean/Australian MC, Mr. Monk, amongst others.

Referring to the instinctual gathering of knowledge passed down, To Know Without Knowing marks BJX’s and Astatke’s second collaborative studio full-length, following the release of Cradle With Humanity in 2016 and a whole host of tours across Australia and NZ. The album kicks off with a rework of Astatke’s classic composition, the meditative Mulatu featuring LA-raised hip-hop MC, Elf Transporter, before moving into Ambassa Lemdi, a song taught to Enushu by her Grandmother about a mother singing for her daughter’s wedding, welcoming the groom and the joy of uniting their families.

Lead single, Kulun Mankwaleshi is an arrangement of a Ethiopian wedding song in the uniquely Ethiopian anchi-hoye scale and features a roaring saxophone solo from Harper, whilst the subsequent Stolen Land salutes the continued struggle for First Nations people of Australia with lyrical themes surrounding land ownership, displacement and colonisation and features a poignant vocal performance by Vida Sunshyne. The album’s title track riffs off the Ethiopian tezita minor scale, its deep and propulsive feel leads into Lijay (Lij means ‘Child’ in Amharic) a simple reggae inspired jam, before moving into Afro latin soul ballad Blue Light, featuring
the dynamic Astatke on vibraphone. East Africa and Cuba unite on Astatke classic Mascaram Setaba, featuring the brilliant jazz piano stylings of Bob Sedergreen and the lively Yoruba rhythms of afrobeat master (former long-standing Musical Director for Seun Kuti), Olugbade Okunade, before the blues-inspired album finale, A Chance To Give signs off a bold and vivid nine-track LP, reminding us that Ethio-jazz is not a music of the past but a continual source of inspiration and guidance for musicians across the globe.