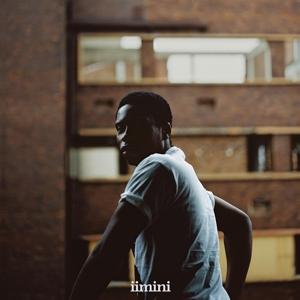 Releasedatum: 3-07-2020
Herkomst: NL
Item-nr: 4116989
EAN: 3760248833149
Levertijd: 3 a 5 werkdagen
LP (1)
€ 22,99
In winkelwagen
Tsolo-born Bongeziwe Mabandla came to the fore with his debut album, “Umlilo”, in 2012 and was hailed as the new face of Afro-Folk, effortlessly able to entwine Xhosa lyrics with traditional music and the Eastern Cape’s folk stylings to create something uniquely captivating. In the years that have passed since this release, the South African singer-songwriter has amplified his already considerable gifts and is now joining Africa’s most highly regarded musical exports in creating a global audience for the modern and uplifting world music he makes. It was no surprise to his devoted large fanbase when Bongeziwe Mabandla won a South African Music Award (SAMA) for Best Alternative Music Album 2018. The award for this album, “Mangaliso”, revealed the ability of Mabandla’s music to stand out from the crowd, and be recognised for its unwavering originality. Mabandla’s soulful and emotional songwriting has earned him critical acclaim all around the world, a French club-tour and several high-profile showcase-gigs. His mesmerising live shows in support of “Mangaliso” have seen him perform at f.i. Oppikoppi Festival, Primavera Sound Festival in Barcelona, Durban’s Zakifo Music Festival, the Japanese Sukiyaki Meets The World Festival, MaMa Festival in Paris, Cape Town Music Fest and Safiko Music Festival at Reunion Island. End last year he was in Hamburg at the Reeperbahn Festival and in Malawi at the Lake Of Stars Festival. He did 4 Dutch club-shows as part of the AfroVibes Festivals (Kunsthal-Rotterdam, Paard-Den Haag, TivoliVredenburg-Utrecht & Bimhuis-Amsterdam), the 100 Club in London, another big French club-tour (8 shows), Womex Festival in the Finnish city of Tampere and Oslo World Festival. In Mabandla’s journey, from growing up in the rural Eastern Cape village Toslo to moving to Johannesburg to study film and becoming immersed in the city’s music scene, following his creativity to songwriting, recording and performing, his next ‘station’ is his third album “IiMini” (days, in Xhosa). As first single “Zange” (never) was already released in fall last year, and last month the album-track “Jikeleza” (turn-around) was chosen as second single. By singing in Xhosa-language, showcasing his meditative yet powerful voice, and encompassing the influences of his upbringing and culture, Bongeziwe Mabandla shares with us not just his talent but his cultural identity as well. His creative collaboration with producer, songwriter and musician Tiago Correia-Paulo brought Bongeziwe’s music to a new level, with expressions from a broader range of genres and showcases influences from the likes as Tracy Chapman, The Fugees, Bon Iver and Michael Kiwanuka.
“This is modern world music; traditional folk (with Xhosa lyrics) spiced up with sweet soul, smooth jazz & urban beats”.