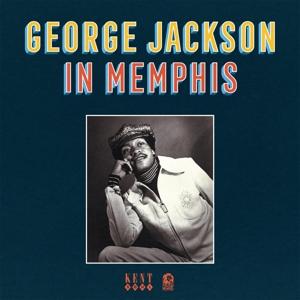 Releasedatum: 31-07-2020
Herkomst: NL
Item-nr: 4134063
EAN: 0029667011310
Op voorraad Op werkdagen voor 16:00 besteld, morgen in huis.
LP (1)
€ 22,99
In winkelwagen
In many ways, George Jackson’s early career was always in Memphis. When he decided to leave his hometown of Greenville, Mississippi, he moved there. It was in Memphis that he first hooked up with Dan Greer and began to write songs for Goldwax Records, where the pair also recorded as George & Greer.

Early efforts ‘Love Attack’ and ‘Coming Back To You Baby’ were recorded by Goldwax’s star James Carr. When Goldwax owner Quinton Claunch introduced George to Rick Hall at Fame, the latter immediately understood his talent. He contracted George as both a songwriter and as a singer. Although he was a wonderful singer, his standout talent was as a songwriter, providing hit records not only for Fame artists such as Candi Staton and Clarence Carter but for those passing through the studio, Wilson Pickett and the Osmonds among them. In a short time, he had written such well-known titles as ‘I’m A Prisoner’, ‘One Bad Apple’, ‘Too Weak To Fight’ and many more.

However, George didn’t base himself in Muscle Shoals. He remained in Memphis, and by the time of his final single for Fame (‘Love Highjacker’, leased to Verve) he was recording at the short-lived Fame Memphis studio. Feeling he wasn’t really getting the push he deserved as an artist, he switched to Hi Records, immediately scoring a hit with ‘Aretha, Sing One For Me’. For some reason he didn’t stay, and for the next five years he recorded at Sounds Of Memphis’ studio, issuing 45s on various labels via lease deals.

The recordings he made were fine slices of southern soul, garnished with George’s smooth tenor, all based around his superior songs. The first singles were released on MGM, including ‘How Can I Get Next To You?’ and ‘You Can’t Run Away From Love’. The next appeared on Chess, which was sadly in its final days – ‘Things Are Gettin’ Better’ and ‘Macking On You’ were from George’s top drawer, but sank without trace. The final 45 from his association with Sounds Of Memphis was pressed on ER Music Enterprises, but no-one is really sure if it ever made it to the shops, making it one of the great southern soul rarities. In the vaults at Sounds Of Memphis were several unreleased demos and masters. This compilation features four of them, each as good as George’s released records.

In the late 70s George moved to Muscle Shoals Sound and then to Malaco in Jackson, writing many more songs and seeing some become big hits in the pop world. From Bob Seger with ‘Old Time Rock & Roll’, Yazz with ‘The Only Way Is Up’ and Joss Stone’s revival of ‘Victim Of A Foolish Heart’, his songs had a way of connecting. It’s evident in the hits, but also in his recordings for Sounds Of Memphis. (Ace Records)